As part of the Tales of Asnia, we are creating a game that is a mix between a board game, an escape game and an adventure game such as Dungeons & Dragons. It’s cooperative, it’s fantasy, it’s story-driven and it’s challenging. In short, it’s a mix of all the good things you can do on a tabletop with your fellow adventurers!

A fun game for everybody

The audience of this game is not only board gamers, not only escape game enthusiasts and not only DnD players. It’s in the first place for people who like cooperative games with an interesting story and challenging puzzles.

Use your brains, not your fists

Combining aspects of different types of games is always tricky since some of them need to be rid of. We wanted to have the challenges of escape game puzzles, the adventure style of Dungeons & Dragons and the fun of sitting around a board at the table of a traditional board game. For dnd players: no, there’s no fighting involved. Only the warrior character might have a tiny bit of fighting spirit still left, but besides that: use your brains and work together! Only that will open the doors to unravel the story.

The game can be played with up to 4 players who all choose their character before the game: a druid, a warrior, an elf or a dwarf. You play as a team, but each character has some unique knowledge or skills to bring to the game. Work together to make the best use of each character. 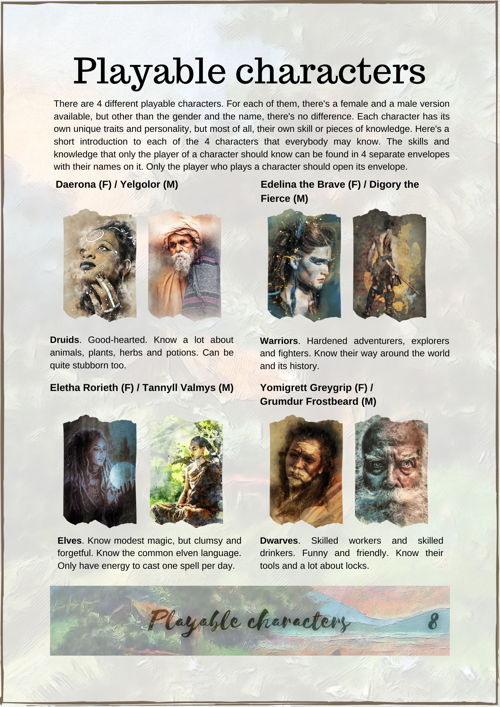 An escape board game adventure

A series of adventures in The Shard

The Shard is one of the five regions in the Summerfrost District which is part of the Monakin Empire in a world called Asnia.

The adventure games take place in a fantasy world called Asnia. Throughout the game you’ll learn more about this world and its mysteries. The first game in the series which introduces you to this new world is called Fenna’s Farm and the portal to another world. It has a special, short tutorial module in a tavern so you can start playing right away while learning the game mechanics. All the games in the series have an overarching story-line, but are still playable as stand-alone games. 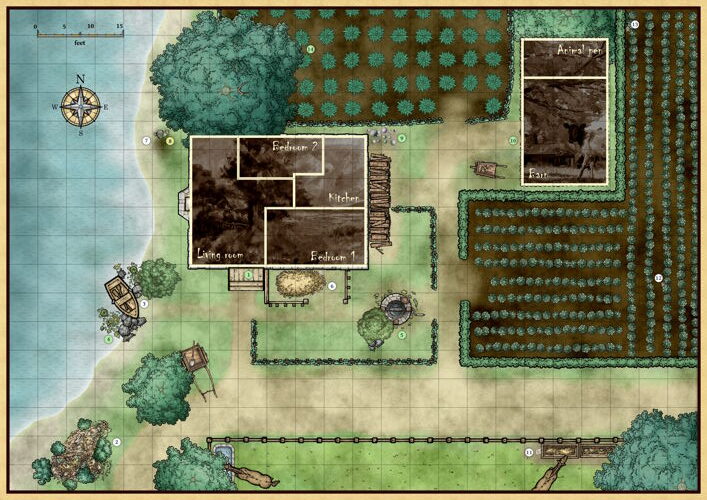 Be the first to hear updates about this upcoming and exciting new game, before it’s launched on Kickstarter!