Check what the media say about us
Tell your friends

The existence of Wacky Wheels hasn’t remained unnoticed by the media, from magazines until national radio. 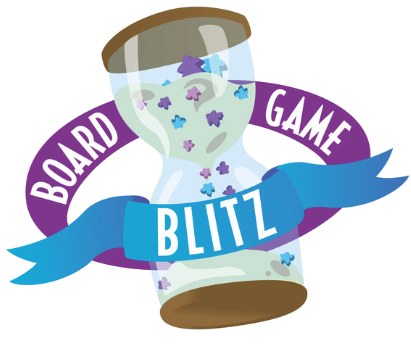 “I also wanted to mention, briefly, a review over a copy of an escape room type puzzle book that I got, from Wacky Wheels. It’s called The Mysterious Case of Dancing Mania.”

– “I mean the name alone has me interested, right.”

“Yeah, so this is a new subscription escape room type service, from Wacky Wheels and it’s the first of a subscription…. ”

Listen to the full podcast

The quality of the booklet is superb. The cover is what feels like a linen finish, and the pages are thick enough to endure a thorough thumbing. The also contains a loose newspaper extract that helps set the scene and contains some simple brainteaser puzzles to ease you in.

I enjoyed the fact that the game’s story was based on a real event. In the 16th Century, a group of people in a single village spontaneously started dancing and couldn’t stop. And it spread to up to 400 people.

After a series of successful road trip escape games and digital games, Wacky Wheels will soon also send mystery games to your mailbox. Every quarter a new, exciting mystery that you unravel by solving puzzles. And to celebrate, they’re giving away an annual subscription. All you have to do is leave your email address here.

The longest Night in Bell-ville

The amount of work that has been put in there is outstanding. The alignments of everything must have took hours. My suggestions were merely to give some pointers to perhaps elevate the book series as there should always be room for improvement in any project/game. This has so much potential to become a must-have for escape room fans. Almost like becoming a staple like EXIT, Unlock and pocket escape. Since this holidays are coming, this book is certainly a great gift (since it has winter and celebration as its main theme) and would be a fantastic addition to any escape room fan’s collection. Fun for the whole family or as a solo play for the more experienced player! Can’t wait to see what their future creations will be like!

One of my favourite parts about this game is that you could see an explanation of the puzzle once someone in your team had answered a question. This is so nice in situations where your team is working on different things and everyone has a different speed at solving puzzles, you can go back and read about the steps on your own time. It’s a little bit like having the games master walk you through an escape room after you’ve played it to make sure you understood all the parts!

Cottage in the Woods

Before going any further I should point out that we have classed this as a print and play, as technically it is, but we played it without printing anything and just used it directly from the PDF file, so if you don’t have a printer, don’t let that stop you from playing.

Anyway, we’ve had a copy of Cottage in the Woods in our ‘to-do’ pile for much longer than we would like so we decided to have a binge weekend where we caught up on a number of games that we had been meaning to play. I think this was number four of seven for that weekend.

Cottage in the Woods

The story is about you and a group of friends who go out on a hiking trip in a forest. During a hail storm you decide to hide in an empty cabin found in the woods. From there you’re in for an adventure. I liked the story and the ending and I was curious to know what would happen next.

Wacky Wheels currently offers 3 digital escape games (1 free and 2 available for purchase). We played all 3 of them and below are our thoughts on each of them.

“Hey Paul, do you have a good time, you’re really on a very special holiday.” -“Good evening, yes that’s right! Yes, I am having a BBQ here in Germany with 60 unknown people”- “Yes, but I’ve never heard of it: a Wacky Wheels Roadtrip. How do you get there and what exactly is it?”- “eh, yes, we were doing an escape room and there was a flyer about the largest escape room in Europe and then we thought hey that sounds nice.”

Listen to the full interview (in Dutch)

Lock yourself up in small rooms and then come out with hints. The escape room is popular. The Netherlands currently has eight hundred escape rooms spread over five hundred locations, making the phenomenon one of the fastest growing sectors in our country. But it’s getting even better now. In September 2019, Wacky Wheels will take you on a weekend of puzzling journeys through Europe, without any clue about the final destination.

Europe as an escape room. Wacky Wheels combines the idea of the popular escape room with a surprising road trip. You make your way through Europe while puzzling and do not know where you will end up. But at the finish there is a party. 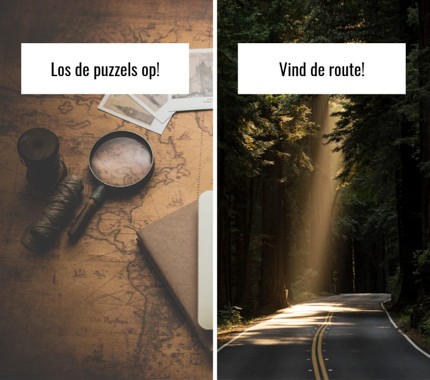 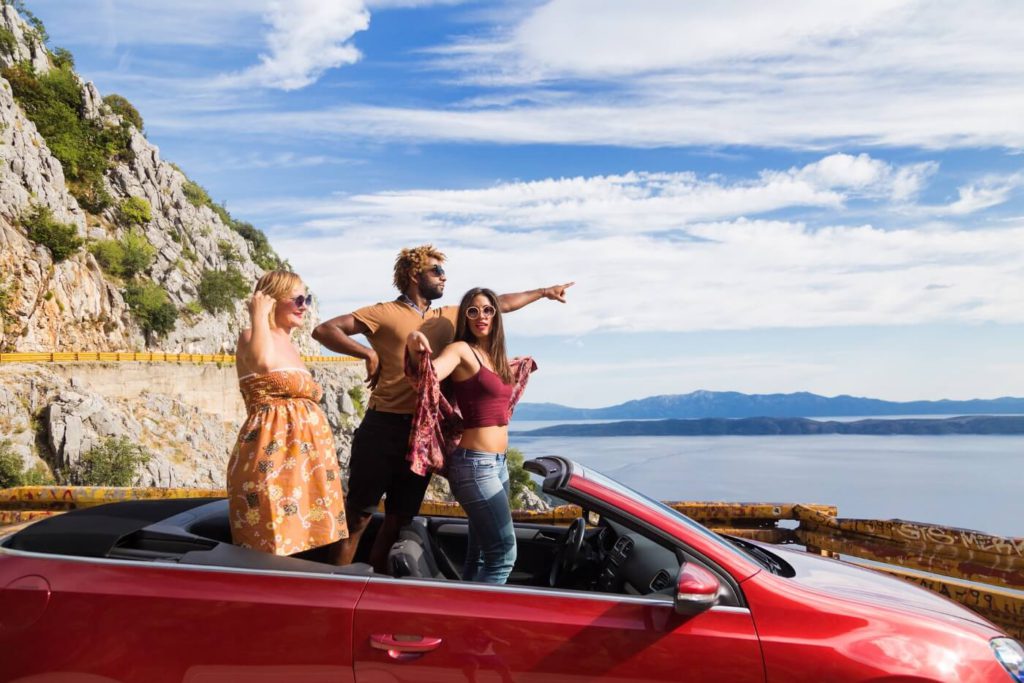 You leave without any clue where you will end up: that is the idea of ​​the “escape room on wheels”. By solving puzzles along the way you decipher the route and you can travel further to the final destination. The first edition of Wacky Wheels begins in September 2019, a road trip through Europe disguised as an escape room.

The organizers of Wacky Wheels, themselves escape room enthusiasts, are busy organising a three-day event. The first edition of Wacky Wheels will start in Eindhoven on 19-21 September. In teams of 2 to 4 people, people go a route in their own car (or motorhome or motorcycle) where they have to solve escape room-like puzzles. The end point is unknown, but will not be in the Netherlands. Who will participate?

If you sign up to our newsletter below, we keep you posted about all our mystery games. If you do it now, you enjoy a 25% discount on the first game of our subscription.